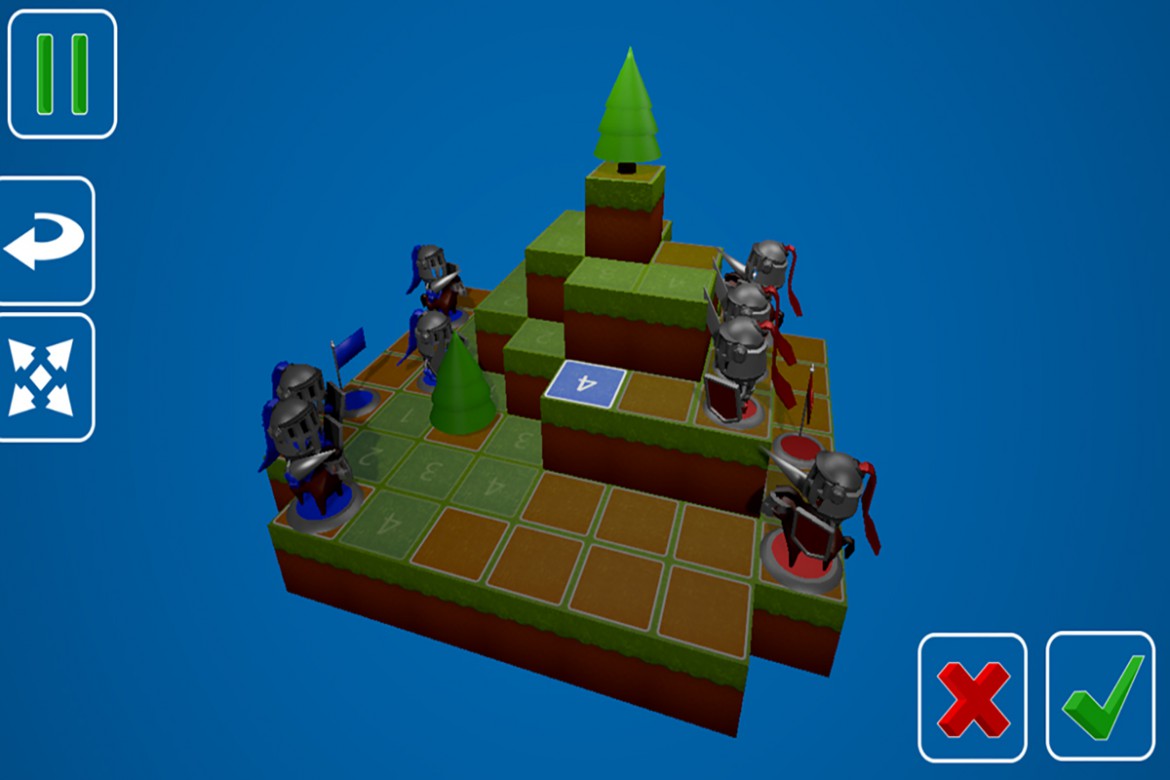 Battlegrounds is a new top-down strategy war game built for Android, iOS and PC. Originally created as a board game, Battlegrounds allows you to create your own battlefields, construct your own armies, and then war with your friends in strategic, turn-based combat. Originally built as a fun alternative to chess, which could teach children the art of planning through strategy and tactics, Battlegrounds has found a much wider fan base on PC and tablet. With its distinctive board game aesthetics and feel, Battlegrounds is currently aiming for release in Q4, 2016.

Battlegrounds plays much like a game of capture the flag, and is split into three distinct war stages. Select and place terrain and scenery objects to construct your battlefield and provide you with strategic and defensive advantages. Choose from a range of scenery, including walls, barricades, trees, rivers, ditches, elevated terrain and more! Once you’ve built your battlefield, it’s time to choose your army! Choose your knights and footmen, and place them on the battlefield to create strategic and flanking advantages. You can choose as many troops as you like, in whatever proportions you require. Just remember that more troops means more targets, and makes it harder for you to manoeuvre your army! Finally, with the battlefield prepared and the armies set, it’s up to you to lead your soldiers into battle! Use your full range of tactics to outwit your opponent and shift the tide of battle in your favour! With multiple ways to win, will you choose to launch a flash raid on your opponents banner, play staunch in defence, or go for complete annihilation? The choice is yours! The most stout defensive piece in the game, nothing can protect your bannerman better than a well placed wall of footmen! With their front and sideways movement, foot soldiers are perfect for forming defensive lines to block enemy routes and protect each other. This makes foot soldiers the ideal piece for repelling enemy assaults!

With their increased speed and mobility, knights can cross the board much faster than their footman counterparts. Their diagonal movements provide twice the speed of a regular foot soldier, allowing them to run rings around your opponent. This makes them the ideal piece for performing attacking and raiding manoeuvres!